Hide Search
You are here: Home / YOUR KITCHEN / What Does Asparagus Taste Like? How to Cook Asparagus?

Want to know more about the much-dreaded taste of asparagus? While some veggies like carrots, potatoes or tomatoes need no introduction. Vegetables like asparagus are considered as a superfood. And they have a flavor that’s quite out of the ordinary.

The nutrition of asparagus is calorie-conscious and vitamin and mineral-rich. It’s not dense in protein or carbs or calories. And that’s why it makes a solid ingredient in so many salads and chicken dishes. With zero fat content, asparagus is best served in a lemony, buttery and herby recipe.

All that is good enough, but doesn’t asparagus taste awkward? I’m sure you’re thinking about this. Eating asparagus is closely linked to crunching down raw broccoli or clove of garlic. It’s bitter but there’s more to it than that. It’s time to find out what. 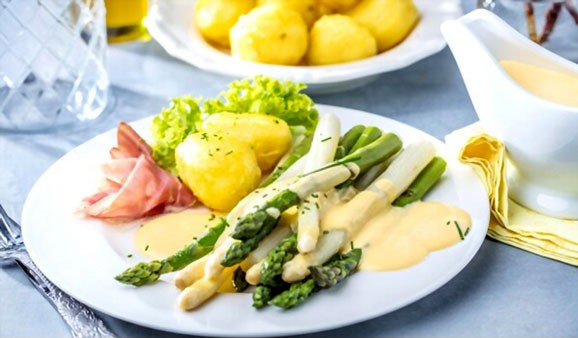 I don’t want to take too much of your time. Asparagus has an earthy and raw flavor. Though it resembles French beans, it tastes more like uncooked broccoli or mushroom. And it can completely transform a chicken dinner or salmon recipe. But only if it’s done right.

Asparagus emits a strong scent. It’s indelicate and strong unlike green beans, cabbage, or peas. It’s the smell that drives most people away. But in reality, the taste is not as bitter as you think.

In cooking asparagus, I found that it has excellent absorbency. Meaning it cooks well and absorbs the flavor of what you’re cooking it with. Sort of like green beans or mushrooms when cooked in a special sauce. The veggies absorb most of the flavor and replace the original bitterness.

This is what makes asparagus a bold and aromatic choice in many healthy recipes. Owing to the fact that it’s low in calories, fats, and has plenty of antioxidants.

But this is only half of the answer to – what does asparagus taste like?

The other half, or the finishing half, is talking about asparagus’s texture. Because the texture can make or break the flavor of any ingredient. Be it slimy, crunchy, dry, or soft.

Asparagus’s uncooked texture is dry like a bulb of broccoli. But it’s slightly soft in the center with a crisp and crunchy exterior. This elevates the overall flavor of the asparagus in that it’s slightly bitter, sweet, and not at all grassy.

Cooking asparagus can elevate its texture and flavor. It all depends on how you cook asparagus and which sauce you season it with.

If how you cook asparagus can change its flavor, it’s a conversation starter. Don’t you think? So this definitely begs the following question. 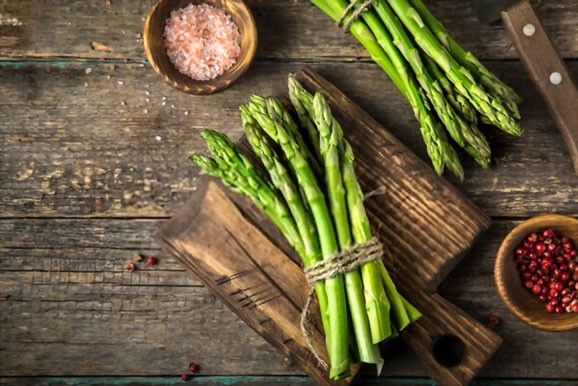 How to Cook Asparagus?

It’s no surprise that asparagus has a unique flavor and texture. And if cooking it can alter its distinctiveness, I must mention a few important points.

Such as the different ways to cook asparagus. You can steam, roast, blanch, stir fry, or griddle asparagus. Each will cook and extract a distinct flavor of asparagus. Here’s how.

How to cook Healthy Asparagus in One Pan – Super Simple

This is the simplest and healthiest way to eat asparagus. But some may say it’s not the most delicious. Steaming asparagus will preserve its original flavor. And it’s also a good choice to store the asparagus in the freezer or refrigerator. Reheating it won’t spoil its taste or texture.

Roasting asparagus after adding olive oil, salt, pepper, lemon is essential. Put the seasoned asparagus on a baking tray and let it roast in an oven for 10-15 minutes.

This will keep them tender and give it a rich and aromatic flavor. 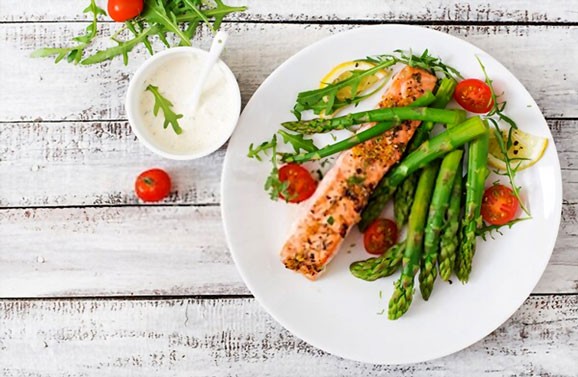 Blanching may be considered a fancy name for boiling. You boil asparagus in saltwater. Once the asparagus is done, you take it out and put it in ice-cold water. This makes asparagus crunchy but soft in the middle.

So it’s cooked all the way through but putting them in cold water retains the crisp skin. This can add tons of flavor and character to a recipe as simple as roasted chicken or dirty rice.

This is an essential and favorable way to cook asparagus. Asian cooking recipes always encourage stir-frying the asparagus to extract maximum flavor. You can either stir fry the asparagus after chopping it or simply remove the stem and keep it whole.

Stir-frying it in a pan with some olive oil, salt, and pepper, and some Asian or homemade sauce. Stir-frying is a quick process. You leave the veggies on the pan over heat for 1-2 minutes and that’s about it.

It may not cook the asparagus all the way through. But it’s still chewable, crisp, and enjoyable.

This is when you pan-fry or griddle-fry asparagus with a special sauce. And until and unless the asparagus absorbs most of the sauce and its flavor, you don’t take it off. It’s one of the best ways to cook and eat asparagus if you don’t like its original, earthy taste.

You can compensate for its lack of sweetness and grassiness with a sweet and herby sauce. 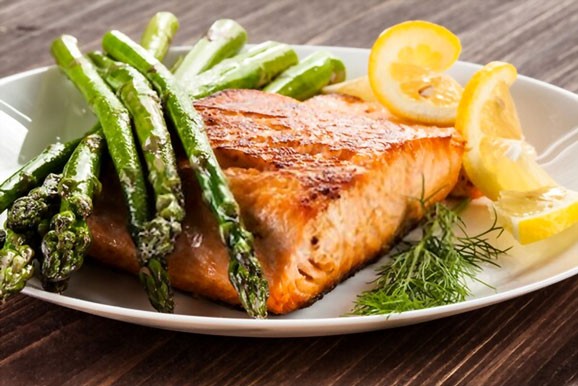 You can kick your feet up and let asparagus take over all your dishes. It’s the best light and nutritious addition to all your meals to come. You can bring out its natural herby and bittersweet flavor in many ways.

Throw them on the grill, steam a few stalks, or stir fry them the Asian way. With ingredients like chicken, potatoes, rice, noodles, they’re delicious.

So are you ready to up the ante by grilling or charring asparagus too? With something as delicious and mouth-watering as chicken or salmon, of course. Think about it.

Read more: What Do Scallops Taste Like? Know More Here!

« WiFi vs Non-WiFi Baby Monitors (What Is The Best Choice?)
What Does A Travel Vest Do? How to Choose the Best Travel Vest? »