Hide Search
You are here: Home / YOUR BEAUTY / How Often Should You Buy New Underwear? (Best Tips for Women)

Ladies, your jeans may look better on you as they age but your underwear won’t. So if you don’t know how often to buy new underwear, you’ve come to the right place. I don’t blame you for asking this question now more than ever.

Taking into account the times we’re living, you want to stay clean and healthy. And that means clean underwear. Even though it’s the last piece of clothing you’re thinking of right now. For women, there’s no fixed time to buy new underwear.

But there are certain rules you need to follow to own a pair of good, comfortable underwear. So without taking too much of your time, I want to talk about the rules for buying new underwear.

Let this article be a reminder to you to take care of yourself and your vagina. Everything you need to know about buying new underwear and throwing out old ones is here. 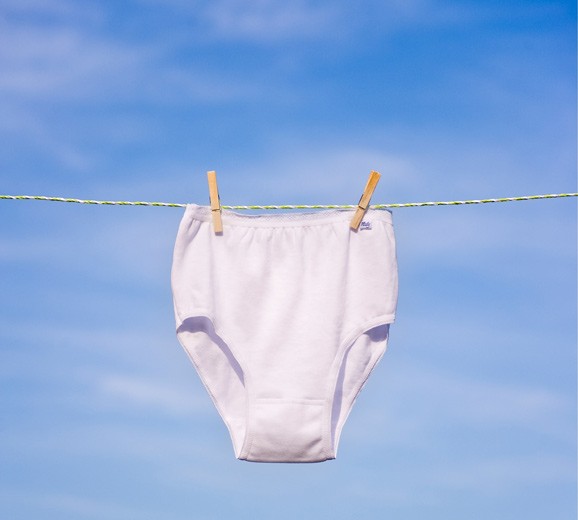 How Often Do You Wear Underwear?

This question is a bit different for women than it is for men. Men can wear one underwear for days in a row or alternate between two pairs for daily use. For women, this may not be the perfect arrangement.

Wearing one pair of underwear every day is not the norm. You can switch underwear more than once per day. This is even more important if you have vaginal discharge or your periods.

This also begs the question. Are you supposed to wear underwear all through the night? Again, the answer is a bit different for men and women. You can completely lay off wearing underwear at night.

If you have a yeast infection or vaginal discomfort, even more so. Most women are bothered by the panty lining and sweat buildup while sleeping. Besides buying panties with cotton lining, not wearing any underwear at night also solves the problem.

Since they’re worn less, the underwear lasts for a long time.

This begs the next question. 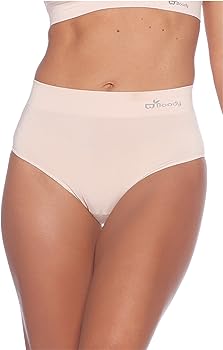 How Often Should You Wash Your Underwear?

Women’s underwear must be handled with care. That said, underwear sticks to your sensitive area for as long as you wear it. That’s why it’s so important to wash your undies regularly.

This means you must toss your underwear in the washing machine after every wear. That’s right. Unlike your jeans, which you can re-wear after a couple of days, underwear needs to stay clean.

When you leave them out after wearing once, it can attract more germs and bacteria. That’s why you need to wash your underwear immediately after wearing it once.

The best way to wash your underwear is with hot water and bleach. You can also run a last cycle of a gentle detergent. Do not leave the underwear to dry in the washing machine’s dryer.

You’re supposed to hang the underwear under direct sunlight if it’s accessible. The strong UV rays kill the remaining bacteria from the fabric.

You can also wash your underwear in hypoallergenic soap. This applies to all types of women’s underwear. It’s the best remedy if you’re allergic to strong chemicals. Or you experience skin irritation, itching, or rashes in your crotch region. 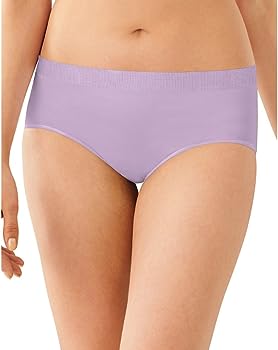 How Often Should You Buy New Underwear?

The ideal time to buy new underwear is 1-2 times a year. Keeping in mind that you wash your underwear regularly, this is the perfect arrangement for women.

However, you can buy underwear sooner if you have vaginal discharge problems. Or that you have sensitive skin.

Your underwear harbors more germs than you think. Even after washing it in the washing machine. It contains bacteria, germs, fecal matter, and for women, vaginal discharge.

In fact, according to Healthline, it is proved that even clean underwear contains about 10,000 bacteria. That’s a scary number if you think about it.

So to prevent this bacteria from turning into a yeast infection or skin rash. Throwing out old underwear even if it doesn’t look that very old once in a couple of months is necessary.

The worst thing you can do is wear underwear till it’s completely run-down. By that I mean when the elastic doesn’t feel supportive anymore. The colors have all faded, the fabric looks weak and sad, and it attracts sweat and moisture easily.

By the time this happens, it’s too late. Yeast infections and rashes are not that far off when you wear dirty and old underwear. So be mindful of your underwear and how you keep them clean even if you’re at home all the time!

Not all underwear styles are created equal. Some are longer-lasting than others. While some are more breathable than others. What you need to do is find your perfect spot.

This means looking for underwear with cotton lining and supportive material. This can be polyester, modal, and bamboo. It can be either or a combination of two materials.

Good-fitting, comfortable underwear is beneficial for women. You can’t avoid the dangers of wearing dirty underwear. Because it’s at a sensitive spot so you’re bound to face (feel) challenges in that region.

Vaginal discharge is a common occurrence in most women. It’s nothing to be embarrassed about. Having said that, changing your underwear to prevent odor and stickiness is necessary. 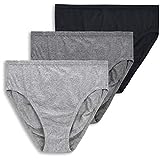 « Toddler Tantrums: How to Cope?
Compare Singer vs Brother and Singer 7258 vs Brother CS6000i »